Join the Hocken this weekend to celebrate McCahon 100, a nationwide commemoration of the centenary of Colin McCahon (1919-1987) in partnership with McCahon House.

“I’m not me anymore. I am becoming an historic image”* 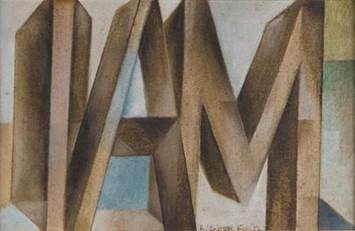 Join the Hocken for an illuminating talk on Colin McCahon by distinguished New Zealand art critic, poet, academic and curator Wystan Curnow. While at secondary school, Curnow was a regular visitor to Auckland City Art Gallery and took painting classes there under McCahon in the 1950s. Some of his earliest art writings include reviews of dealer shows by McCahon in the 1960s and has continued to be a champion of his work, in particular as curator of I Will Need Words, an exhibition of McCahon’s word and number paintings for the 1984 Biennale of Sydney and as part of Under Capricorn: The World Over at the Stedelijk in Amsterdam in 1996. For many years Curnow has written about McCahon in the context of twentieth-century Euro-American modernism especially alongside international figures such as Barnett Newman and Jasper Johns, as well as in the context of his remoteness from it. Currently, he is working on a book about McCahon, of which this talk will focus on.