Our dear friends in Lviv UNESCO City of Literature have gifted a suite of some 45 short films, produced with Lviv Public Libraries, Ukraїner and the Ukrainian Library Association, to Ōtepoti Dunedin UNESCO City of Literature. Renowned for its rich literary and printing history, this city of writers, publishers and readers has provided us with a unique journey through its vast homeland.

Lviv is a city in western Ukraine, around 70 kilometres from the Polish border. Traces of Polish and Austro-Hungarian heritage are evident throughout the city and its political history is complex. The city has been at the crossroads of East and West since its founding, and throughout much of the 20th century its maps were drawn and redrawn, followed at last by Ukrainian independence in 1991. No one will be surprised by how fiercely Ukrainians value their democracy and freedoms as the pressures exerted by Russia on Ukraine are being watched all around the world.

Visitors to the ground floor at Dunedin City Library can view this comprehensive portfolio of films screening on The Cube where audiences will be in awe of the majestic scenery, pristine national reserves, neoclassical and medieval estates, wildlife, agriculture and traditional arts and crafts that have been preserved in Ukraine.

Enjoy Poltavshchyna from above here: 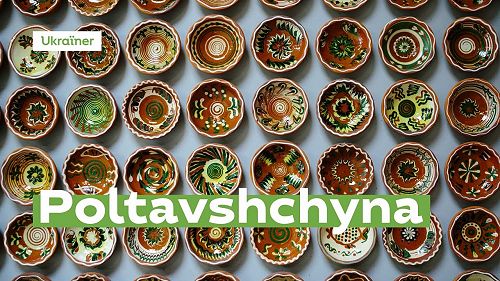