This month, Exisle released an important military biography, titled Godley. Godley, a controversial war figure, was the man in charge of the New Zealand troops at Gallipoli and has long been viewed as a poster boy for British military command ineptitude. But now as we commemorate the centenary of the First World War, New Zealand author, Terry Kinloch, in this first complete biography of Godley, rewrites history and reveals the man behind the myth. Kinloch vividly brings Godley’s career to life, from his service in Queen Victoria’s empire, his relationship with his wife as well as his most controversial period between 1915-1917. It exposes the myths, allowing an altogether more balanced and believable picture of the general to emerge. There are plenty of expertly-explained military actions along with descriptions of fascinating interactions between Godley and politicians, journalists and other famous generals. This title can be found at our website here: https://exislepublishing.com/product/godley/

An addition to our animal happiness series, Cluck, was also released this month. As any admirer of the humble chicken will know, there’s more to these endearing, quirky, clever characters than the eggs they produce. Accompanied by beautiful pictures of a variety of these farmyard birds, this book is full of memorable quotations and proverbs including some from famous people such as Oscar Wilde and C.S Lewis. With the popularity of keeping backyard chickens is on the rise, this makes the perfect gift book! This title can be found at our website here: https://exislepublishing.com/product/cluck/

Finally, under Exisle’s imprint EK, Invisible Jerry, was released. Best-selling author Adam Wallace was inspired to write Invisible Jerry after hearing children talk about never being passed the ball in sports games. Or being at a party where no one spoke to them. Or who felt their opinion didn’t matter. In today’s busy, cliquey world, there are lots of people (kids and adults) who can feel like they’re on the outside looking in. This is a picture book with humour and heart, written for them — to show them that there are people out there who will see them, who will recognize their talents, and see how worthy they are. This story is articulated through the character Jerry, who always feels left out until Molly comes along. Molly asks his opinion, shares with him and laughs with him. And it’s then that Jerry realizes he can pay her gift forward, as there are plenty of other kids who feel invisible too. Therefore, this title is a great book to share with children the importance of kindness to one another. This title can be found at our website here: https://ekbooks.org/product/invisible-jerry/ 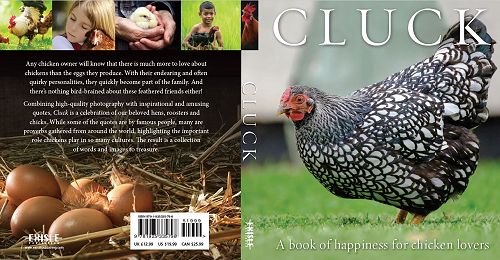