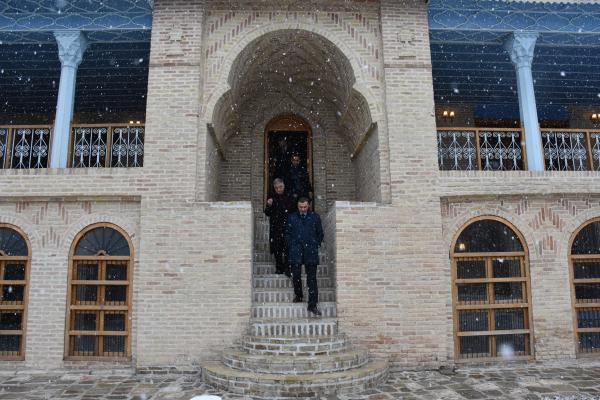 Slemani, is a city in the east of the Kurdistan Region, Iraq, not far from the Iran-Iraq border. Slemani is recognised officially as the cultural capital of South Kurdistan. Development of Sorani as a modern literary language started in this city in the early 19th century, when many Kurdish poets published their works. Slemani achieved UNESCO City of Literature status late 2019. The city is creating a modern multilingual library and have put a call out to all cities of literature for help in achieving their goals. Also, government agencies and embassies across the globe have been asked to provide an international collection, reflecting each country’s culture and history. A big task indeed!

The chosen building was used as a hospital by the British military forces during WW1. The building is representative of the architecture in the region and renovations have already begun. Dunedin UNESCO City of Literature has been asked to select a poem worthy of display to be hung on the walls forever. We have chosen New Zealand’s Poet Laureate David Eggleton’s ‘Tulips’ from Fast Talker, Auckland University Press, 2006 as our contribution to this exciting development.

‘Tulips’ will be translated into Kurdish and both the English and Kurdish versions will be displayed side by side. This visual spectacle will be very powerful when poems (and translations) from 39 countries are showcased.

rank upon rank in swathes,

let them tingle and flash.

Let them float and sizzle.

Let them shiver and chime,

let them sing as we race by.